History
In 2000 the first QFI magazine article I ready was one by Mark Passingham on making your own F3F model.  Although my first attempt fell well short, the seed was sewn. 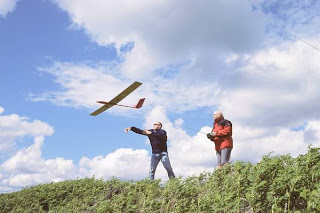 Why-
The Willow was never meant to be a commercial venture.  It started out as a winter’s project to fulfil my ambition to produce a pressed glass wing and glass fuselage model after returning home with a bag of bits that had once been a high price mouldie.  As a first attempt, produced based on experimentation, the solution to many of the construction questions have not been practical rather than revolutionary- inspired on my experience of successful models and many years of sloping.
The wing is based on the RG15 section originally made from a series of foam cores, generated from CNC cut templates.  The sections were smoothed and sanded to shape with the sweeping leading edge inspired by the Race M Planform and the simplicity of a straight trailing edge and solid carbon joiner. 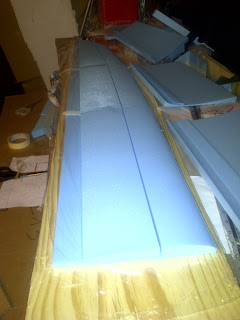 The original RG15 shape may have been lost in the sanding and the wing joiner stretched to a 45cm monster but the result has delivered a remarkable wing and the DF01 (Dam Fast 01) section. 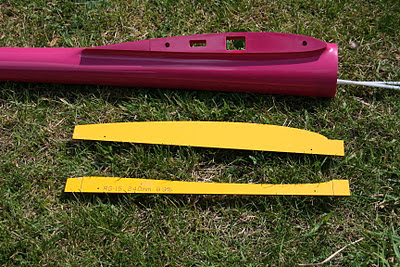 The fuselage was also intended to be a simple, robust fuselage that I could be relatively confident would survive even my landing attempts and keep the wings out of the way.  The fuselage is wide enough to allow you to fit in any of a wide range of servos as well as helping to produce strength and stiffness along the boom.
The plunge
When the opportunity arose to have the model made in to a fully molded model it was just too good to resist.  Taking the decision to produce a composite model has lead to a whole new area of experience and learning in conjunction with my manufacturing partner.  We have developed, tested and re-made the Willow a number of times in order to produce today’s Willow.  I think we’re onto our 3rd wing mold, after 10s of hours of sanding, filler and more sanding it’s been a long process- but I hope you will agree that ‘s been worth it.

An early prototype model and mold. 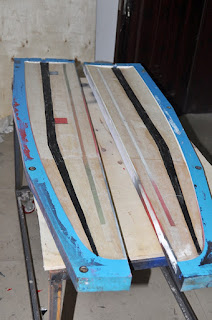 The Willow has clearly taken on a life of it’s own far beyond my original expectations.  I have decided to stay as true to the aims of the original project as possible I have worked hard to keep the price of the Willow as low as possible in order to make F3F and larger moldies more accessible.
Every time I’ve received and built a new version of the Willow it has felt like Christmas morning- I have been amazed just how fortunate I am to be able to produce a model and one that performs so well is truly remarkable.  I know that I am very biased regarding the Willow but it’s just plane fun to fly as well as being a competitive racer.


It's been a number of years since FX models delivered the first Willow and numerous revisions and improvements later the Willow has now truly developed into something I’m really proud of.
As the Willow developed I decided to try and produce another model of similar size that used the lessons that I learnt on the Willow.  The Merlin’s design process followed the same principals but with some bold design choices.  I have been very Lucky in being given the IM f3F wing section by Dirk Pflug and hope that I have done it justice.


The broad wing cord gives the Merlin a large ‘belly’ to point into the lift energy, whilst the model’s easy handling is maintained by the aggressive wing tips- designed to take full advantage of Schumann efficiencies.  The Wing’s cord is tucked away behind an ultra low incidence- ensuring she goes just where you point her in all conditions- the Merlin is a model I have flown on the most extreme on days.
The most obvious change to the fuselage is the canopy- As a flyer’s design I kept enough of a space between the canopy and the LE for a good grip on launching.  The size of the fuselage both maximises it’s strength as well as keeping those wings and tail away from the rocks when you land.
Choosing between the Willow and the new Merlin is like choosing between your kids- just remembering how Lucky I am to have produced 2 good ones!

Willow 2 revolution
With all projects there’s a moment of I wish I’d have done it slightly differently and lessons learnt.  The Willow 2 and then SOR thinned wing were born out of this and a desire to use 100% CNC technology to make the wing sections pure and optimise the aerodynamics. 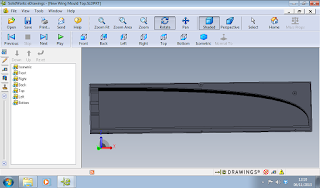 Files completed the molds have been made from durable and accurate aluminium. 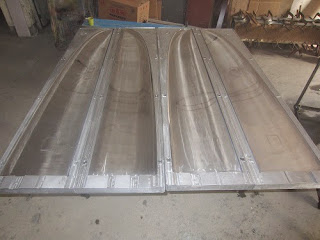 The results blew me away when I saw the first model out of the box but but the proof would be in the flying.  The flying has been a revelation to me, I simply don’t know a model which retains it’s energy so well and is so much fun to fly.  With 2nd place in it’s 3rd welsh open round the Willow 2 can really perform and has joined the top draw performance models!

It could have been the hours of lockdown but 2020 made me think about what I want out of a model.  After being contacted by Zhou, the challenge of producing a model of top quality construction, excellent performance but with much more of an emphasis on fun than many other models available.

Like many pilots I do much more flying to have fun than to race but when there are other pilots on the hill-it’s quite nice to have the model that’s flying the best.  By having a model that you fly more you’ll fly it better.  By designing a model with a forgiving planform and large controls, the model has the capacity for being thrown around as well as a large speed range that can be exploited with confidence.- The Harrier

Design, construction and the ambitions of Zhou have moved on massively over the 10 years he has been making models.  This has given the Harrier some significant advantages and the end result has been a revelation to me.  I’ve been flying the Harrier almost exclusively this summer and loving it.  The goal of a high performance sports model has been more than achieved.