I know that the Willow has been designed to take lower cost servos.  With all the talk of those new hyper fast metal boxed servos I was tempted.  Seeing the KST lower priced alternative, the Yorkshire man in me came to the fore.

Well, they're fitted, wiggling and field tested.  They have the controls waggling faster than HS85s alright.  The hold and accuracy of the servos is excellent and more than up to it.  First flights suggest that the Willow does seem faster on the elevator in particular but I'll spend a lot more air time before making any rash judgements.

its just not fair!

Actually good models are hard to find.  Last summer it was the artist 3 that I couldn't leave at home.  Now it may have been bettered.  After thrashing it around now in storm force winds the Airone has won me over.  Yes it's taten 3 years to produce but yes- it's worth it
Thurns are lightening quick, combined with excellent accelloration and energy retention whilst carrying up to
- 2kg of ballast capacity!

After deciding to go my own way and make the Willow- it's just not fair! 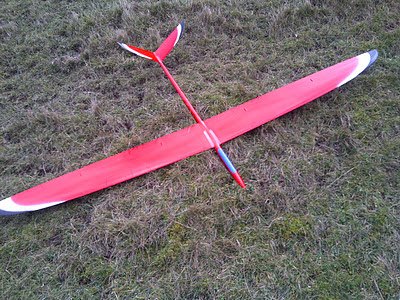 With the Champion of Champions race now firmly established as the end target for the winter league season January is always the time where the league places start to take shape.  With the vagaries of the British winter to take into account, every race feels like it’s that bit more critical.
In the North Mark Redsall has established himself as the man to beat this year but the last 2 places in the fly off could go to any of 7 pilots- you can bet they’ll be keeping a close look at the weather for the next race, as well as pilots like Ronnie Lamp and Dave Wright threatening to come up from behind with a late charge.
In the Midlands a Brum-away leader in Mike Evans also belies a close battle beneath him.  Ian Webb and his Wizard F3F looking to be fighting hard to make a first trip to the final.  Steve Streatley has been improving his scores constantly over each round of the league a late challenge could be on.  Discards could play a big part in the final positions, pilots like Maria Freeman are languishing down the table but with a solid 940 score, a couple more repeats of that performance could see a late charge.
In the South, Plan A was for this year to be a ‘friendly’ year of seeing how things went but, as with most things F3F in recent years the attendances and level of competition have surprised everyone.  Wild-card places have been promised for the final to this league and with his Willow win in the last round John Philips has joined Golden Balls himself in the closest battle in the league.  Just 0.44 separates the 2 of them (or about 6 inches) after 2 races.
On to Wales
The Welsh league has been the most affected by the weather- only 1 race all year that left some surprising names in contention for the fly offs.  Even the prospect of 50mph+ winds didn’t stop a positive turn out of hopefuls for the second race (round 3 to you).  As my little car was being lifted around by the wind I wasn’t totally enthusiastic about getting out, but I’d gone all that way so the ballast from my Air one was left in the car to hold it down and the trip made to Micky’s westerly slope.
It was one of those day’s when I was glad that the Willow is so easy to fly and that I’d been brave daft enough to fly off my local cliffs in the winter winds.  I am still struggling to make the Willow wing’s flex! 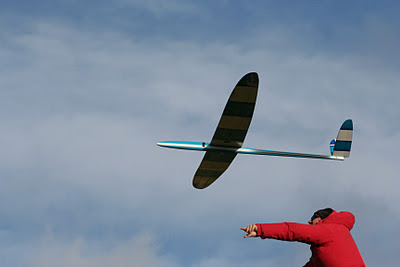 Round 1 started a trend that would last all day- the most attritional race I can remember.  We lost 2 models in round 1- both to landing incidents Bob’s Willow and Tony Robinson’s Alliaj (I think). We also lost ‘Bear’ to a bad back as he fell walking up to land- to his credit he kept control of his Caldera and landed it safely. 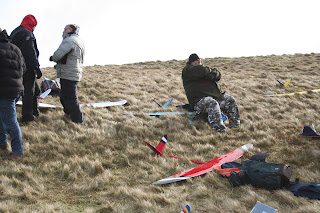 Simon and Martin were joined at the top of the leader board by the boys from Brum and Joel West.  This pattern would continue all day, as they made light work of the crossed conditions, in my ignorant opinion the Alliaj’s looked the best I’ve seen them race. 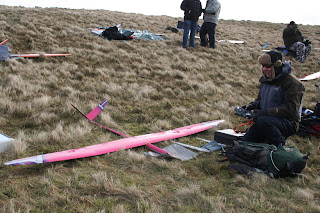 By round 3 we’d lost John Trebble into the woods looking for an Extreme- where he must have had a good view of Bob wrapping his typhoon around the first row of trees and Tony had been blown over after a safe landing and cracked his Ceres.  At the front of the field the usual suspects continued to put in times around the 40 mark.
As round 5 finished and the wind’s were dropping but swinging around we thought about changing to the Ice cream slope, but a look around the carnage on the hill and a show of hands identified only 7 pilots were in a state to continue.  It was time to head off and help John find his Extreme, unfortunately we could only find a mini dragon. 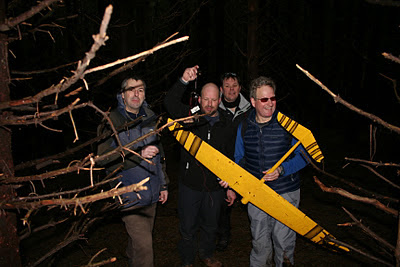 There was just enough time left for Joel to maiden his Freestyler 4- yep he made it look good too! 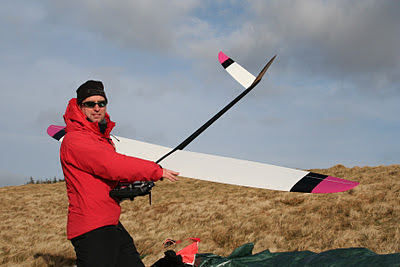 Looking at the league places in Wales February’s race could be very telling.   With 2 of 3 rounds counting those of us with 800 score’s had best improve to hold on to our fly off places.
Posted by ian at Monday, January 23, 2012 No comments:

One of the things I did at slopeRacer that I’m most proud of was the development of the Winter league champions of Champions race.  The race will be held at the Hole of Horcumin 2012 in the very capable hands of Jon Edison on March 31st and April 1st .
It’s great that the race has been able to develop as more than a SlopeRacer event and I believe is a valuable part of the soaring calendar.  It was really good to hear from Tony Fu that he’s going to continue supporting this event and between us we have been able to come up with a Willow F3F as the top prize this year.  The Willow was developed very much with British racing in mind so it's great to be able to support the sport.
Lets hope othe UK suppliers also get behind the race this year- some servos lad?

Willow is a Winner!

You don't have to take my word for it any more- Congratualtions to John Philips on winning the January Southern league race!

I'm really going to have to get and race mine.
Posted by ian at Sunday, January 08, 2012 No comments: 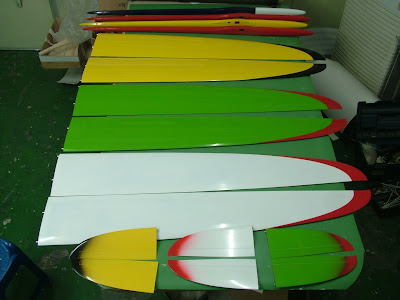 I really should stop telling you guys about these new models.  The new batch of Artists should be with Tony Fu at Sloperacer next week (or so).  By then I should have managed to take some pictures of the Air one.  I've now finished the 3m beauty from Majo, she looks and performs amaizingly well.

I've watched the Airone taken develope at the same time at the Willow project and I have a real soft spot for majo and his models.  Without a doubt the best model to come out of Majo's workshop and priobably deserves better thumbs than mine to show it.
Posted by ian at Wednesday, January 04, 2012 No comments:

Read all about it!

The Willow makes the pages of RC soaring Digest!

http://www.rcsoaringdigest.com/
Posted by ian at Tuesday, January 03, 2012 No comments:

What a start to the new year 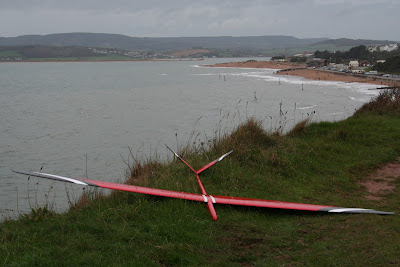 With the Willow now starting to prove itself on the racing circuit opportunities to get my own carbon D box set up ad best be taken.  With my trust in M link I had the car running before the missus had finished saying 'Why don't you go out flying this morning'. 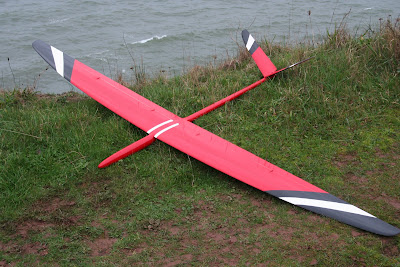 So new year day morning, with dog walkers being joined by increasing number of new year paddlers the Willow was hurled off Wiz Cliff- with the tide in the slope was at it's smallest and the land out options not an option.  I love flying this site, simply no-where to hide with exuses, if you get it right you go fast and if you don't you slow down.  3 hours, several tweaks and an easing hangover later the Willow felt like it was really going! 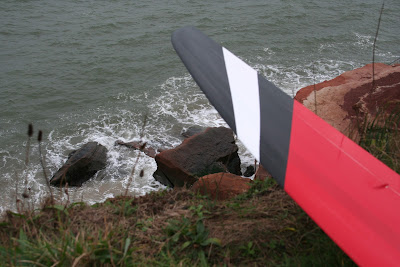