A sports fly and back to a new toy

Its been a frustrating spring that just about every race has clashed with work or life but I seem to have managed to fit in a lot of sports flying.  A trip out locally to meet up withh John Treble and Phil had John switching his models from self distruct to speed- some excellent flying John! 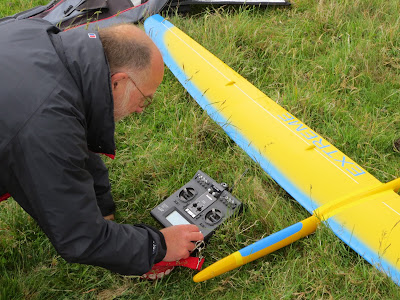 It would be cruel to mention that phil forgot to fit the elevator on his elipse 2T so SShhhh.

Back home and the Co-pilot has his eye on my new Opus GT, £400 for a model feels like a work of art  and has the toghest glass wing I have seen.  The Opus can give any 2m model a run for it's money on the backside butthis one will be my galeforc cliff flying model. 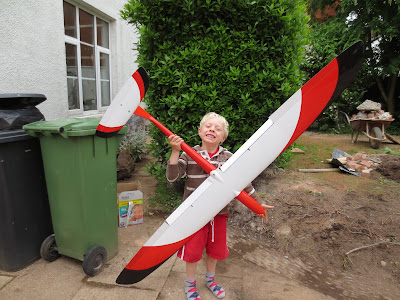 I've got a 4 day pass for Lundy this year so the Opus should find it's way onto the island.

First of all I have to give my congratulations to Joel West on becoming the 2013 champion of champions.  I don’t think that the top 3 could be questioned as a top class podium that can take on any race in the world.
The Champion of Champions race was an idea of mine some 5 years ago and in that time I have devoted a great deal of time and indeed money to making the event work.  The focus of the Champions race was to establish each winter’s top dog’ in an intense race to mirror international events as well as give the rest of us a target of top 5 in each winter league.  I feel that this has been achieved.  Whilst I never expected to be carried shoulder high I did not expect to be accused of financial impropriety, double standards or financial gains.
The 2013 race was the first race that broke even as an event- just.  With trophies to be bought and the SWSA to be paid for the use of their hill a race incurs costs weather a pilot takes to the air or not.   Unlike the perception that an event like the Champion of Champions race appears and runs itself this is most certainly not the case.
It is  a sad reflection of those who have chosen to criticize the running and organisation of the event that not one of them have spoken to me directly.
The trophy bought for the race is not one that can be returned each year for the winner and I hope that this helps who ever chooses to take on running the race- it certainly will not be me.  I have to thank those who have possitively contributed to the race over the years.
Whilst I hope to qualify for any future races I won’t be running them.
Posted by ian at Wednesday, June 12, 2013 2 comments:

Thanks to my mad neighbor I've got had to buy far too much lead lately.

But as a flyer that lead can be melted into ballast tubes!

I've cut 19mm crome tube into 50 and 60mm lengths and this evening started to fill them with lead.  A very handy size for Willows among other models.  The lead is a significant increase in weight over brass ballast.