Meeting up on the road

It was great to see my old friend Andy Ellison for a couple of days of flying and catching up. 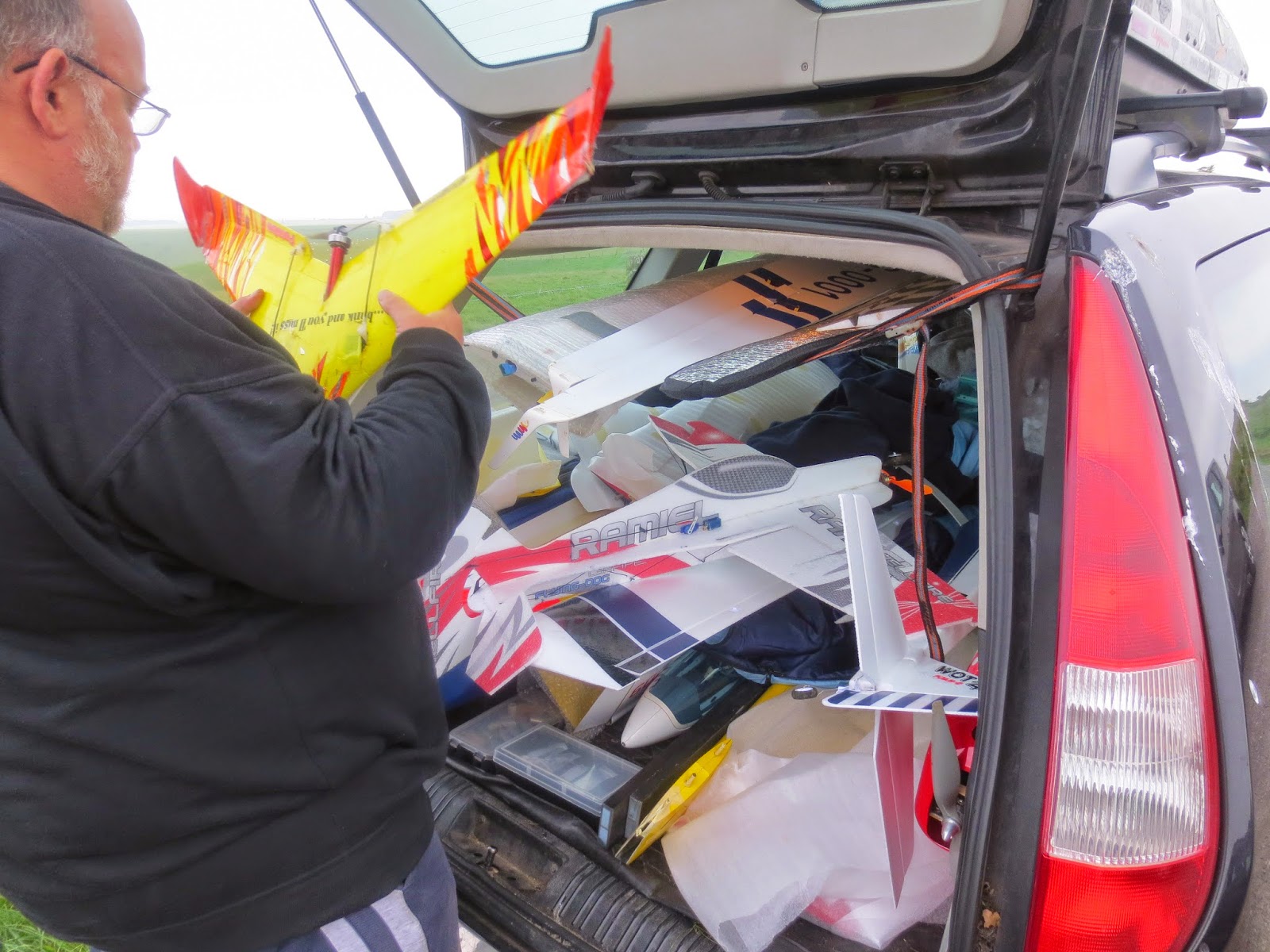 Day 1 was perfect timing- a day’s playing on Whitesheet and a chance to trim out the new Merlin- my favourite ‘sports model and racer’.  I should have the hang of the Merlin by now.  The only change with the other models is the new lighter stiffer boom construction and the internal controls on the wing.  The Merlin went straight from my hand and ate up the sky in it’s usual way.  It really reminds me of my much loved wizard Compacts and had replaced them very well in the fleet. 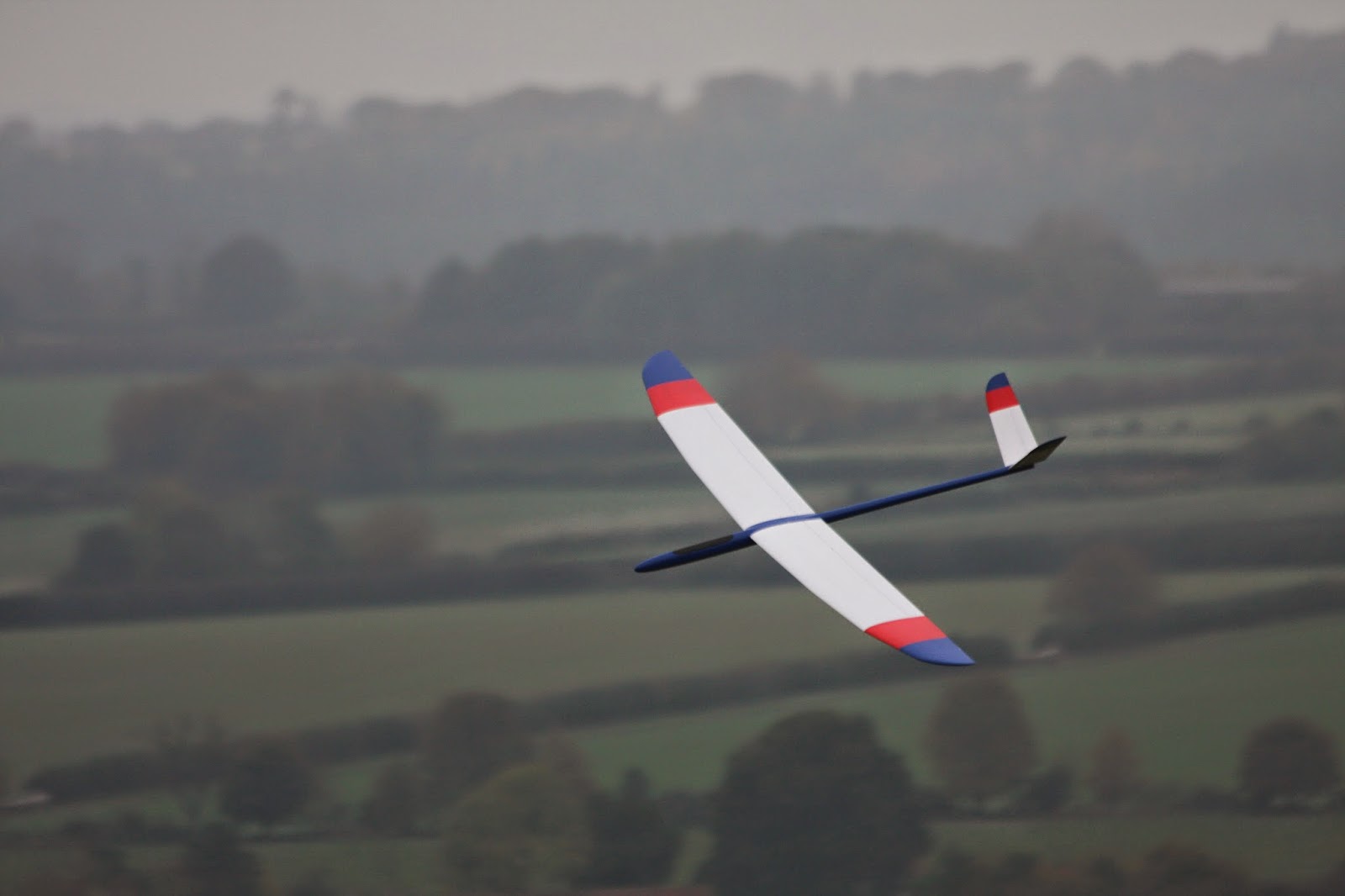 Thanks for the picture Andy!
I’ll down load some more pictures later but it was great to see 8 modellers at Whitesheet on a Monday- I think everyone in Wiltshire must have been on part time working.  I know Andy and Daniel’s Freestyler and Willow would go well and be pushed but I was impressed with the way that Dan threw Vagabond about. 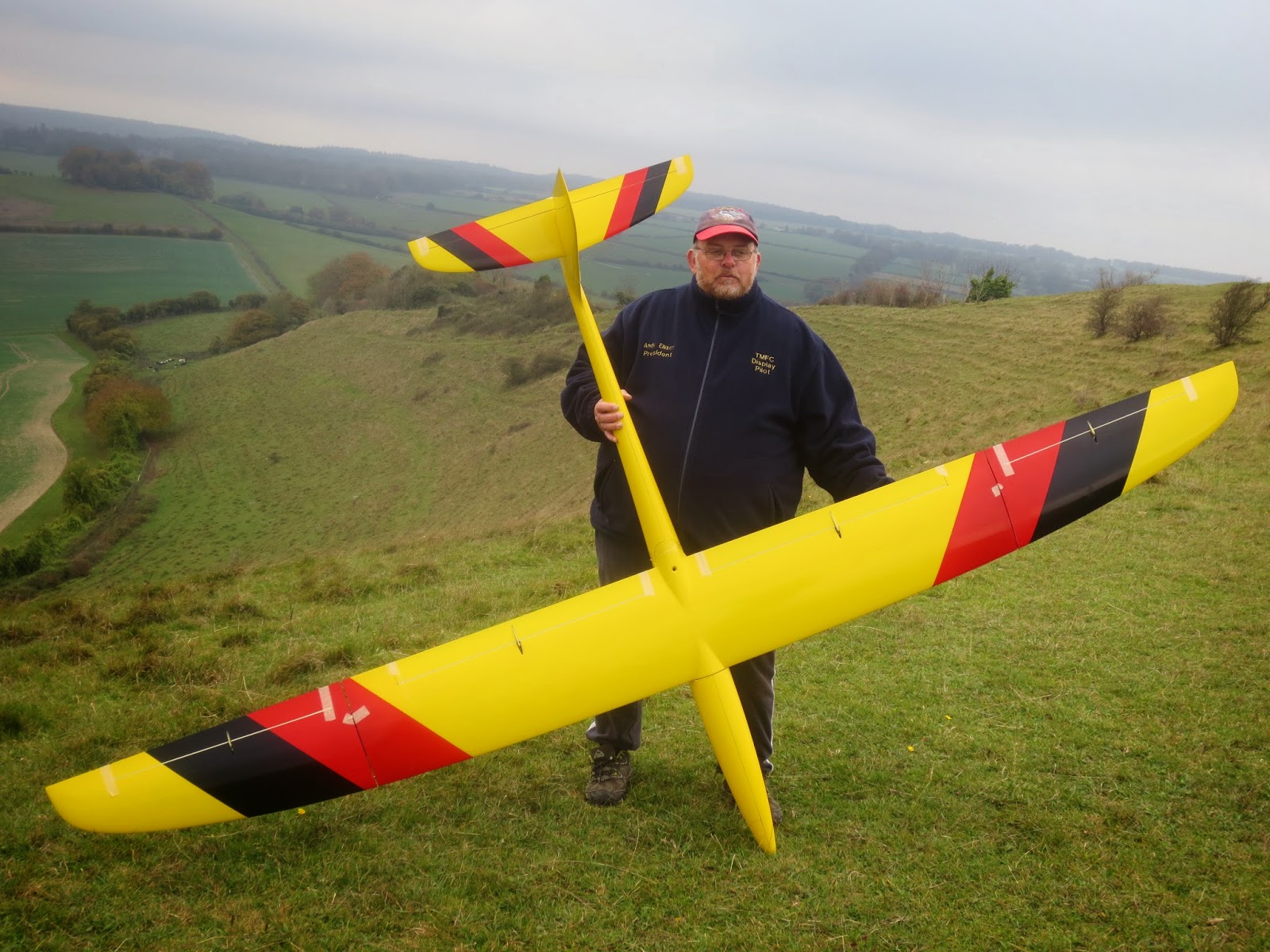 One toy that came from the back of Andy’s car was a D130, I’ve been around a number of gliders of this span but nothing quite like this.  38lbs of ballistic missile that Andy had rescued and was showing around the country.  The D130 wasn’t flown- we did have a who can hold it up contest! 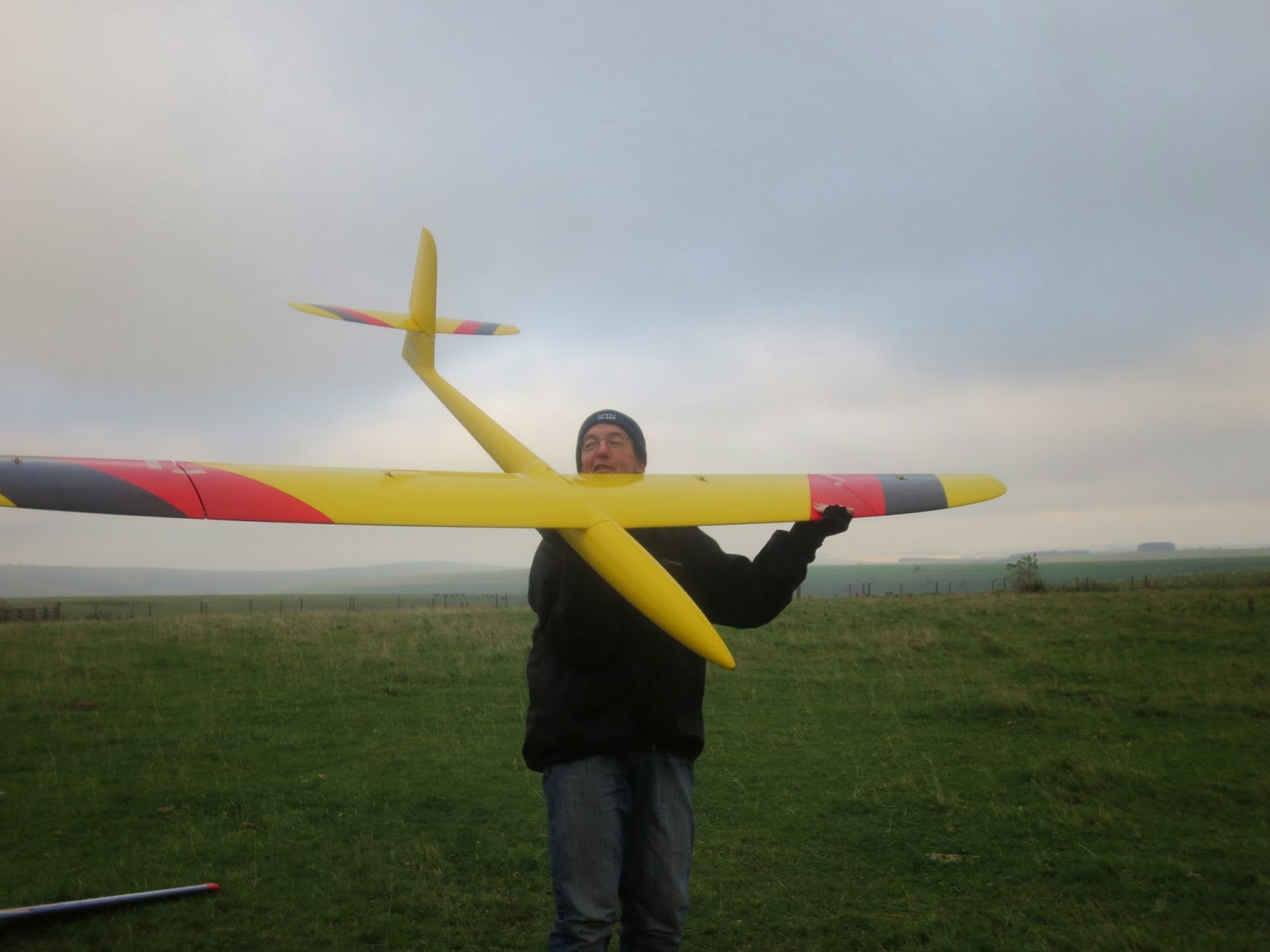 Little grommit and his D60?
Day 2 and Andy took Dan to fly my local ‘Wiz cliff’ in Exmouth- They flew off the promenade next to the car and on the  path on the way up- you have to have some fun! 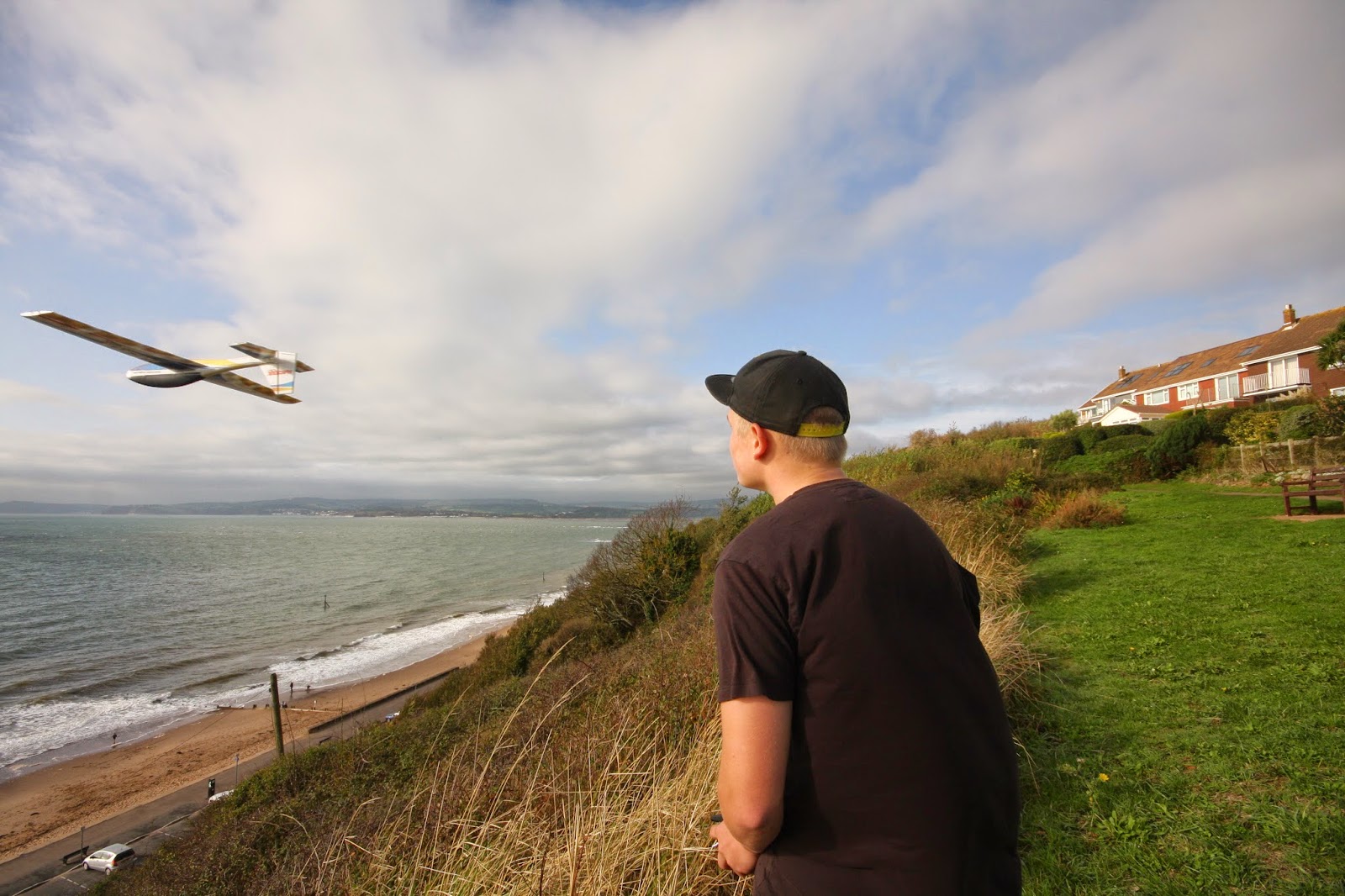 Fish chips and great to see some good friends!
Posted by ian at Wednesday, October 29, 2014 No comments:

It's a happy day (as well as Friday).  After my damage at the Welsh Open I resisted my usual temptation to bodge up a quick repair on my Willow 2.  Instead I've waited for some new parts and a new fuselage to make a Jig out of.

I've just collected a car filling box from Parcelforce and so howpfully next week I'll be getting down to some repairs.  It also means that as well as some Willow 2 models I have a spare joiner to fill with lead.  The plan is that as the Willow 2 so rarely flys un ballasted I might as well fill the joiner with 300g of lead.  This should help to get the maximim ballast capacity up (although I rarely use it all) and make life that little bit easier on the slope.

If the repiar doesn't look too ugly I may post some pics.
Posted by ian at Friday, October 10, 2014 No comments: