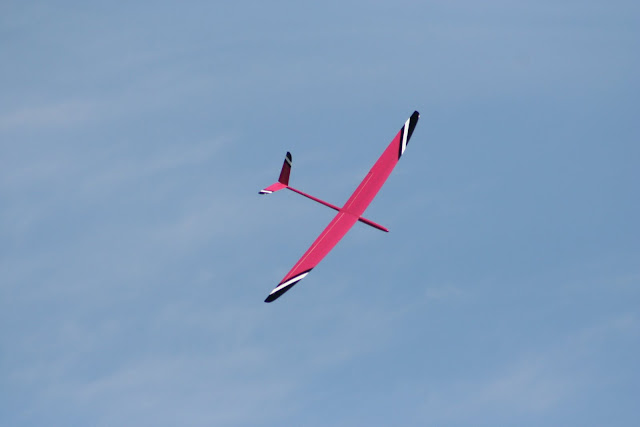 More wrecking pics!
Sunshine, good winds, great company and a Willow- what more could I ask for and so a day out at the Wrecker it was.  Sports flying and setting up models is very different from a race day but it did feel like we had perfect flying conditions today and after a few nights thinking and fetling I was ready to throw the Willow off.  Oh I’m glad I did!
Although the winds were light in the sunshine, conditions moved from good to amazing and to these very very biased eyes the Willow felt like it accelerated, raced and maintained it’s energy with the best of them.  Being told it covered for the lack of talent in my thumbs must be a compliment for the model isn’t it?  The air allowed me to start adding ballast and like a trooper the Willow just lapped it up!
The thing that really surprised my was just how well the Willow rolled and how much I could throw at here without up-setting her.  Fun and fast can’t be bad!
Posted by ian at Monday, April 25, 2011 No comments:

Nothing's perfect first time and so with feedback from the first Willow the new and improved versions will be heading this way in a few days.  Testing new toys is a tough job but some one has to do it! 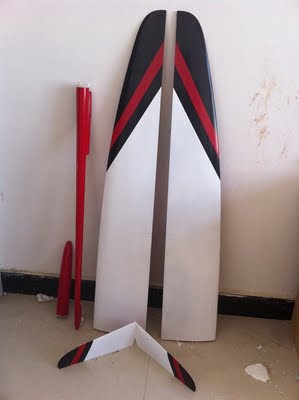 It's getting to feel like Christmas again but you can't argue with that colour scheme!
Posted by ian at Wednesday, April 20, 2011 No comments:

a couple of pics of the Willow on the Wrecker

No new flying but a couple of pics from Saturday. 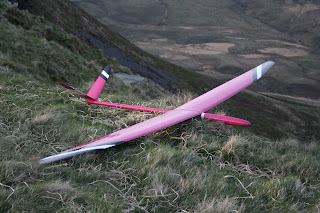 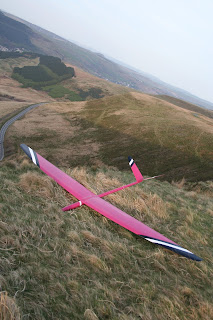 An early pass to the first BMFA race of the year gave me the chance to test out the Willow off the back of the Wrecker whilst the 60inch lads raced the crest.  With the potential channel clashes is made me glad I designed it fully 2.4 compatible (even though I was on 35meg).

With setting a guess and CG an estimate there was only ever going to be 1 result to the first launch- like she was on railsJ  After driving down with a mixture of feelings from Christmas day to a final exam it was a fantastic relief to have her in the air and eating up the sky.

Now you’d expect me to say it but the she flew so well and so easily (best thing since sliced Elipse).  Without ballast she ticked all the boxes I could have asked for-

Flys straight,
Went up so nicely in lift,
agile handling to put a smile on your face,
Pick up her skirt and go,
Landing as easy as you like.

Over the next few weeks it will give me the chance to get the set up tweaked whilst the first full carbon ‘Beta’ versions are built. 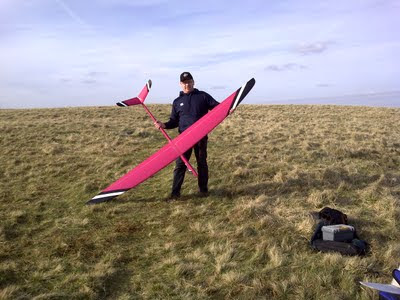 Thanks To Rhys for the picture- as I managed to leave my camera in the car in all the excitement.
Posted by ian at Monday, April 11, 2011 No comments:

After longer than I want to remember the Willow F3F is ready to take to the Devon Skies. 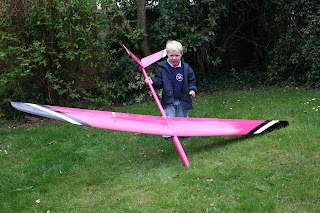 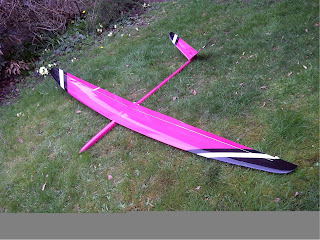 I could be biassed but she looks good to me!