I designed the Saker, Harrier and Falcon models from a love of flying this type of model and as such I have built and flown several of each of these models over the last several years.  The aim of each design is to optimise the performance in the air and ease of use on the ground.  Materials, batteries and radio gear move on, the methods shown here are the ones that I do or have used on my own models over recent years.

The build notes here are equally applicable for Saker, Harrier and Falcon models.  There are clearly some differences in the models but the principals and approach suggested here will be a good starting point as you assemble your model.  There is no single way of assembling a model and you may feel that you have another- that you prefer.  If so- great and please share your ideas with the model flying community.

I tend to make my own looms usually with 4x 1m servo extension leads.  This gives me with enough wiring and the servo ends I need, already fixed to the wires.  I used the multiplex green 6 pin connectors, with the male half fixed in the fuselage and the female half loose in the wings.   Once soldered and tested I suggest some epoxy or silicone over the connectors to make the loom more robust.  Once fitted in the fuselage there’s not much that can happen to your male connectors.   As I leave the female connectors loose in the wing I add 5 cm of heat shrink over the wire and connectors for extra support.

I have used 2 and 3mm clevises with the supplied horns in the past- they all work very well. I know that I am getting old in my build techniques.  If you use clevises rather than LDS, it is likely that you will need to grind some of the clevis off to help it move freely- this is normal.  Once the servos and horns are in place.  Measure the distance so that the push rods are made up to the correct length.

Here's an illustration from my old Artist instructions, with a nice illustration of the geometry.  I grind the flap and aileron clevises. 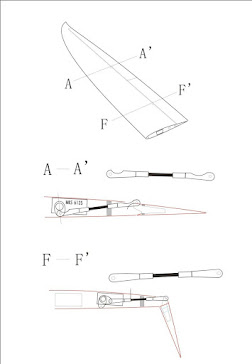 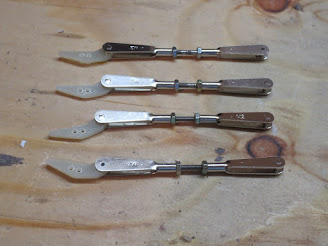 The hole I cut in the wing for the aileron servo horn. 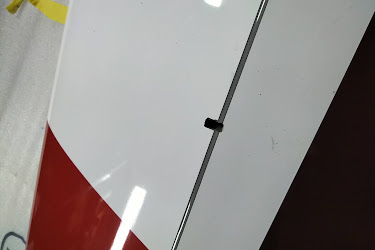 The clevis and horn fitted, ready to clean the wing down, a neat and effective way to fit the wing out.  This is a Falcon wing, the Harrier wing is slightly deeper at the hinge so the horn can be more flush.  If there is any slop in your fit out, a drop of thick Cyano and kicker will fill the gap. 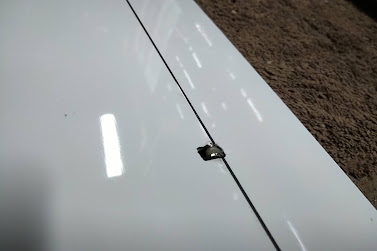 The holes in the wing for servos have are large enough to help fit ball-raced servos frames.  I’ve used King Max servos and their frames for all my Harrier's and Falcon models.  The fit is excellent and the servos have proved to be fast, reliable and slop free, I’m really happy with the servos. 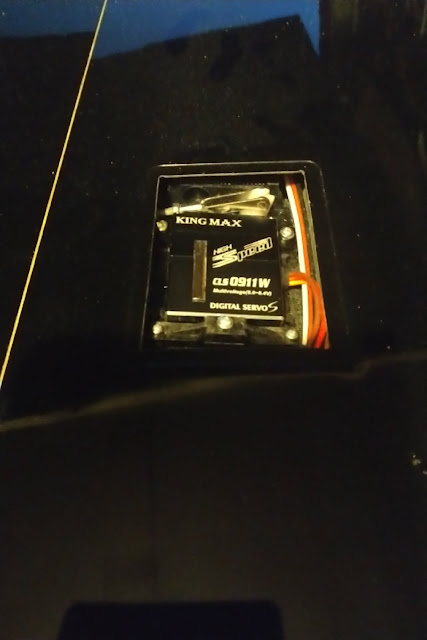 A neater looking job, using the LDS horns from king max but keeping the Lewis fixings. 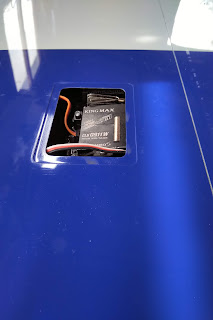 The fuselage assembly has been made very straight forward thanks to the moulded tray.  This holds the servos, switch and ballast tube.  It does not arrive fixed, making the cuts for the fittings is very simple and safe away from the rest of the fuselage.  It also makes threading those servo wires much more straight forward.

The Harrier fuselage is wide enough to take 2 12mm servos (such as the King max 2035) side by side.  As the Falcon is narrower it is a much tighter fit, I managed to do this in my first Falcon but it was very tight. 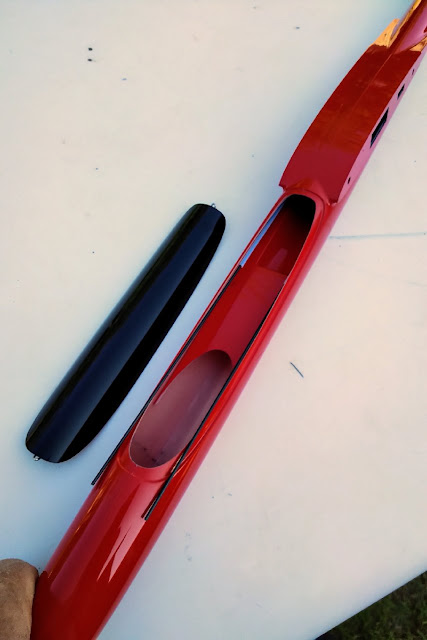 The Ballast tube will slide in place once the servo tray is fixed, it's important that you plan the model's CG and know where the middle of the ballast tube is before you start gluing things in.  The ballast tube is provided slightly over sized, this is easy to cut to size.  Gluing a piece of dowel in at the back of the tube is also a very simple process.

I fix the ballast tube in place using epoxy and chopped mat.  I have found that I need to make a hole for the lock nut to recess into.  This does mean that the servo tray is taking the weight of the ballast on landing, so make sure you are happy with it's fixing

A final and possible over kill is to fit a block of wood between the ballast tube and top of the fuselage.

Like all the models I have worked on with Zhou, the ballast tube takes 19mm chrome shower rail perfectly.  This gives over 1.2kg of lead ballast and has always been more than enough, although I have used up to 1.8kg of tungsten in the Harrier on the bigger days- Ballistic!

The back of the fuselage is fully enclosed.  Before starting to fit the tail, the 5mm carbon rods need to be fitted and fixed.  The easiest way to do this is to drill through the fuselage so that the 5mm rods span the rear of the fuselage, this is the recommended way and the strongest.  This makes for an excellent tail fix as well as adding further strength to the fuselage. 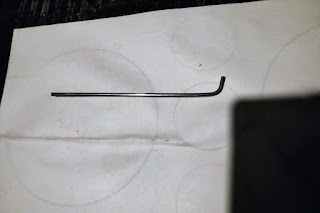 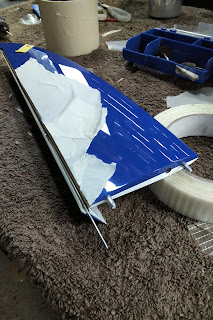 In order to Make things easier I have started to trim away some of the wiper.  This certainly makes fitting the elevator horn much easier.  As the elevator movement is 6-7mm there s more than enough left. 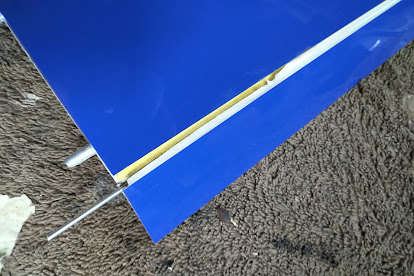 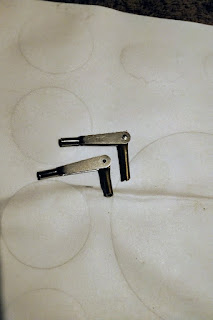 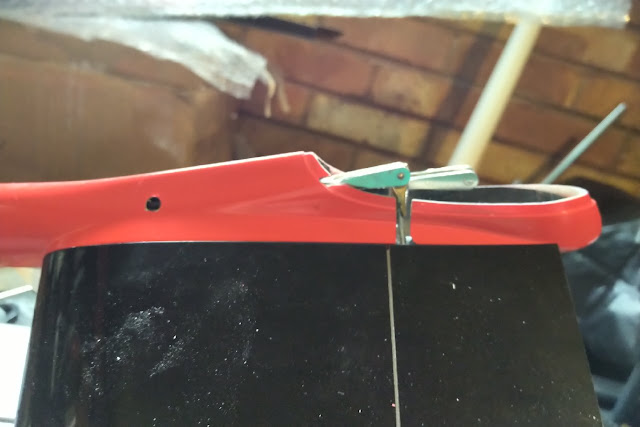 These are still a work in progress and I will change them as I learn.  Especially with the aileron movement, these can be adjusted in flight with no danger.  Playing with the setting of both models it's fun to play around and see when the roll rate just doesn't get any faster.

Flaps for breaks, over 45deg down slows her nicely

Snap flap down 2mm across the wing

Elevator up/down 6/7mm measured at the root.20% rudder mix is a help

The CG I have been using is 93mm

Flaps for breaks, over 45deg down slows her nicely

Snap flap, I have 2 setting I am playing with, either 2 or 3mm across the wing, both coming in during the second half of the elevator stick.

Elevator up/down 4/5mm measured at the root. 15% rudder mix is a help