I thought that it was about time that I showed you another littel project thast I'm involved with.  I'm not making any promises on the completion date but its a bit of fun!

Not a race model but a 60" model.  Made in europe under license of the original designer the hope is that the Air One Mini will be out later this year.

It's a step that the Willow F3F isn't the only model I'm involved with and the plan is that the Air One mini will come with a few ideas and developements. 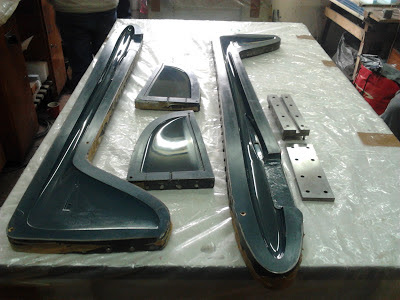 last round of the Southern winter league

Top 5 to go through to the champion of champions race!  I will aim to put a similar listing up for each league as they go into their final rounds and blank out those pilots qualifying elsewhere to tryand make it clear what everyone has to do to qualify.
Posted by ian at Wednesday, January 30, 2013 No comments:

This year will see the winter league final move from it's usual spot of the last weekend in March to the 23rd and 24th of March.  This avoids clashing with Easter and I hope make it easier for people to make the race.
Posted by ian at Monday, January 07, 2013 No comments: