F3F this time.  It's good to be able to help out and support the lads heading off to Germany.

It's now official the prizes for the team GB raffle are: 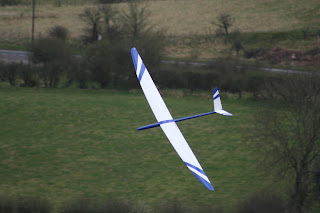 Tickets are £5 a strip and can be bought through this blog or soon through the T9 web site.
Posted by ian at Wednesday, May 23, 2012 No comments:

A Sunday morning pass and forecasted northerly winds had my car full of Willows and heading for Aggie(St Agnes head to you) to meet up with  F3F mate Roger and some fun.  The winds were light at the start and so I left it to Roger to test the air with his Baboon’s arse.  It’s didn’t take long before I had the Willow going (sorry I forgot to hand the transmitter over Roger- next time). 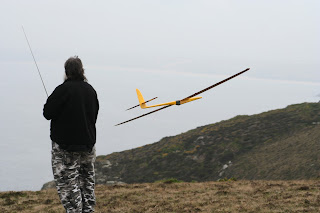 After the usual amount of head scratching and discussion on Snapflap and the like that’s inevitable when you meet up with a fellow moldie flyer we’d decided that – that “do what you like and enjoy it” was the answer just as more pilots started to arrive.  It’s great that the Slope can accommodate such a variety of models, from foamie powered gliders to scale and F3X toys, all with good humour and all the time in the world. 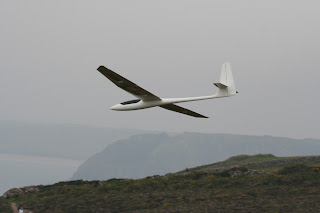 After chatting to a couple of the foamie flyers after they had been surprised at the weight of my  Willow and Rogers’s baboons arse still flying in some light sea lift I offered to launch a 4m Condor semi-scale model- big heavy toy that but it was flown beautifully and ate up the sky. 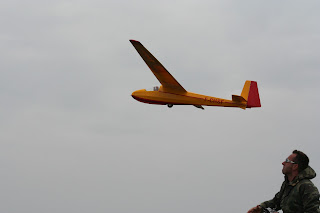 The Willow, as ever, took the light lift wonderfully well and a couple of flights with my re-maidened racer just felt on rails.  I just love having that confidence from knowing the model will fly in just about anything and won’t bite.  Roger and his Caldera could be one to beat in the next race or 2! 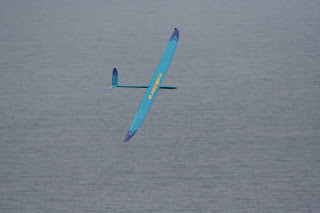 No Pictures of the Willow but a few snaps of a great morning- I’ll be back for more. 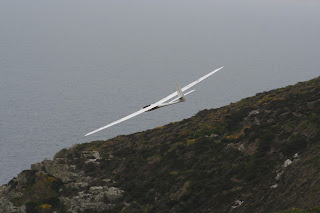 Winning in the USA

Well done to Concrete man Warren.  After qualifying for the US F£F team for this years world championships he's gone and won the next race with his Willow!

I'm really going to have an honours board page on here (But I'll  have to work out a way of getting on it myself)!
Posted by ian at Monday, May 21, 2012 No comments:

Sunday saw the latest round of the UK F3F league at the HoH.  Family commitments kept me away but Adam Richardson has his Willow going and to 10 again.

I can't think of any other F3F model that you can land on it's tip at 45degrees and simply pull the tip from the ground, wipe off the dirt and complete the day.

Now about that 39 with a cut- I think he's just trying to make me feel better about not making the race but I'm tempted to keep a Willow personal best listing!
Posted by ian at Monday, May 14, 2012 No comments:

Shhh I think it must be a secret!

I don't know why no one is allowed to know but there is a raffle to raise money for the GB F3F team going to the Worlds at Rugen.

Not to buy a Model each (i'm sure they'll all be getting willows soon) but the basic costs of getting there.

Prizes include a
Willow (thanks to Tony at SlopeRacer)
MKS servos
And a mystery prize from Multiplex.

I've got a book of tickets here so if you'd like to buy your tickets (£5 a strip) drop me a line- You've got really good odds right now as no one else knows about it.
Posted by ian at Wednesday, May 09, 2012 No comments:

A real fun day on the Crest

I'll post more later and sort through the pictures but what a great day's flying on the Wrecker and Crest today. 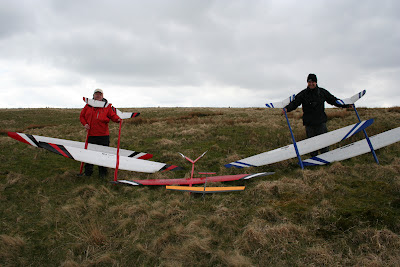 I was there first and I have to admit that I'd forgotten just how fast you can go on the Wrecker in 10-15mph winds.  The Willow's agility made keeping it on line in the compression and go faster and faster. 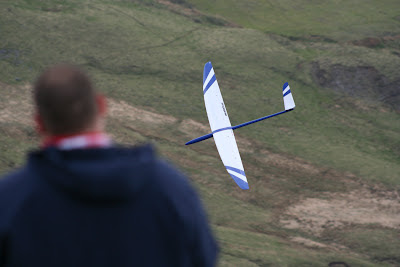 Meeting up with some freinds it was time for a trip to the Crest.  So little wind when you stand on the Crest and yet we were still putting Ballast in the WIllows.  I had the chance to re-maiden my carbon Willow between Adam ripping his on the edge and Alex maidening his- you couldn't get him to land after a few moments! 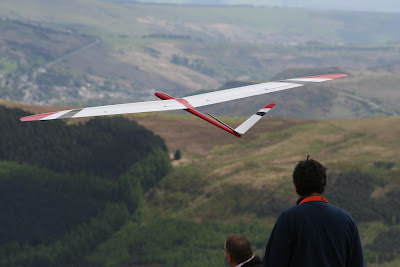 You'd expect me to say this but in the lightest of air the Willow stayed up and went smoothly and efficiently, as the air built the Willows just go faster and you have the confidence to really put it on the edge- Yep I loved the day!
Posted by ian at Sunday, May 06, 2012 1 comment:

Strongest wings ready for another day out

After my vertical dive into Whitesheet, thanks to a pair of KST servos on the tail re-building the Willow fuz has given me the chance to change servos as well as fit one of SlopeRacer's fancy new switches.

The New switch is very easy too install in the servo tray (even I can drill a hole).  I knew the Willow wings and tail are strong but I really am suprised how strong- you just can't tell the abuse they have gone through.  Its also worth noting the the KST wing servos are still slop-free in the wings.

Sunday looks like a day's fun on the Wrecker/Crest with the Willows and see what they can do as I get the set-up fine tuned.
Posted by ian at Thursday, May 03, 2012 No comments: