A day out with the Co-pilot 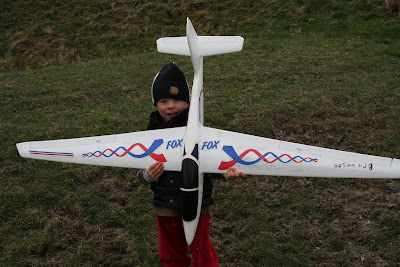 After a weekend away Co-pilot Ben wasn't going to be left behind this weekend and with a Fox to Maiden we headed off to Whitesheet hill.

The Fox went great for him but I'm not sure that he's quite got the hang of the camera yet:-) 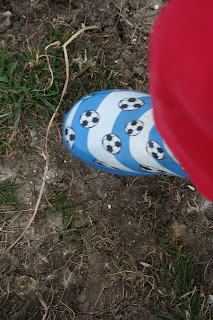 I flew a combination of thWillow and Compact Wizard- having a ball playing with Whitesheet's famous thermals.
Posted by ian at Monday, April 09, 2012 No comments:

Willow Practicing for the Worlds

The Willow is continuing to go from Strength to Strength.  Looking at this video on the French team practising for Rugen.  Which model pops up from 2.45mins onwards?  I did much of the Willow testing on the cliffs on devon and she's looking very much at home on the cliffs of France too! 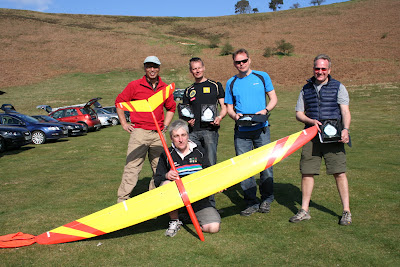 First of all- congratulations to Simon Thornton- who proved his golden balls are equally adept in thermic summer breezes as bitingly cold northerlies, as he held off the late surge from behind of big martin.  Allso AJ for being the lucky owner of a new Willow. 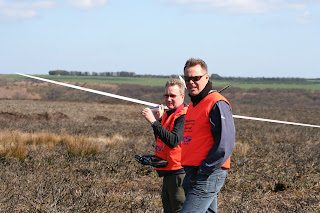 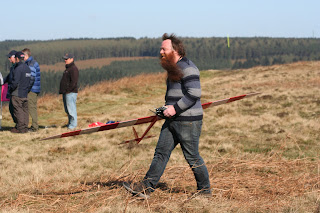 The second day of the Champion of champions race started in perfect blue skys and sunshine- a good long walk up and then along the Levisham slopes, until we found an edge that was square to the building breeze. A CD’s night mare handled with the calming style that Jon is renowned for. 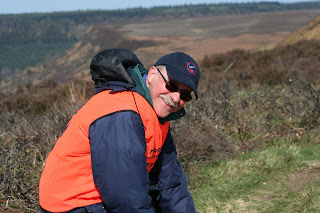 The variations in round times – of sub 40s and over 80’s really kept everyone on their toes and I saw the over-night scores being looking at a few times.  Richard Bago, Paul Garnett and Mark treble benefitted the most from big air and fair to say they made the most of it. 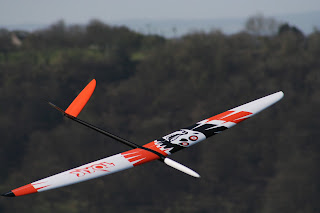 It was the first time that I’d raced the Willow in such light conditions and a big learning was that she benefits form a few slugs of lead, even in these conditions.  In that was she really reminded me of my old Sting.  John Philips but especially Adam really showed how to get the best out of the light air with a Willow and finished in 8th and 6th respectively- Beating a lot of more expensive models along the way- competetive in all conditions the Willow felt as if it came of age this weekend.. 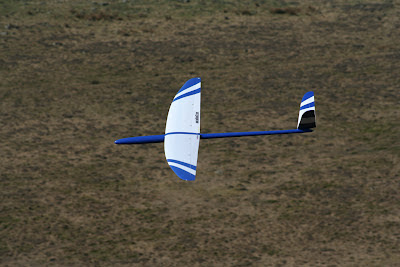 14th is my best finish in the Champion of Champions race in a Weekend I really enjoyed.  I can’t think of another model that would have survived the round 8 turbulence I launched into.
Thanks have to go to Jon Edision for CDing the race along with AJ and Richard Bago, Big Martin for supplying the Bibbs and Tony Fu of SlopeRacer for helping to sponsor the event.  After 4 years I think that the race is solidly established in the F3F calendar.
Posted by ian at Monday, April 02, 2012 No comments: